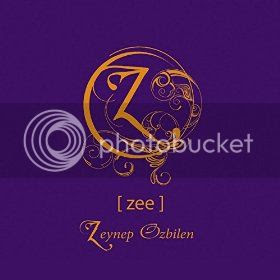 The international music artist known as Zeynep Ozbilen has released her latest official record, “Zee.” The album has been proudly published as an independent title without ties to the corporate music industry of any part of the world. It comprises a collection of 12 tracks, many of which are original songs by Ozbilen herself but also featuring rearrangements of popular classics such as “Spinning Wheel” by Blood, Sweat and Tears. An indescribably multicultural record with moods, styles and textures from an array of various nations, “Zee” by Zeynep Ozbilen is one of the most colorful and intriguing musical experiences to reach music stores in some time.

The Toronto-based Zeynep Ozbilen cites as main artistic influences Marc Anthony, Jennifer Lopez, Gloria Estefan, Celia Cruz, Buena Vista Social Club, Shakira, Tony Bennett, and Michael Buble. As might be intuited from this list, a large portion of her music stems from the Latin jazz movement, and it is largely this dose of 'el ritmo Latino' which makes her record so very danceable and infectious.

It is not, however, a dominant musical component in “Zee” so much as it is a sonic partner with the album's other key element: a strong foundation on Turkish music. In fact, it is this traditional Ottoman sound which first introduces the album once the listener hits 'play.' Ozbilen's second track follows, beckoning, “Come to Istanbul.” When the third, much more Latin-based song begins, it dovetails with the previous Mediterranean style so elegantly that the listener feels transported.

Amusingly, the title of the record is not merely eponymous. Her album was recorded in Toronto, Miami, New York and Istanbul in collaboration with 20 fellow artists worldwide. Tracing a path on the surface of the globe from Toronto to Istanbul, thence to Latin America and returning to the Mediterranean sea where Ozbilen and her music share their origination, the result is a perfect 'Z.'

The songs on Ozbilen's “Zee” have been turning heads all over the world, even previous to the record's official release on February 20th.

On hearing her rendition of “Spinning Wheel” and other songs, Blood, Sweat and Tears lead singer David Clayton-Thomas remarked, “Zeynep's music is an unusual blend of Turkish melodies and Latin rhythms. With pure talent, a great voice and a collection of gifted musicians, she makes it all work.”

Jaymz Bee of Toronto's world-famous Jazz.FM91 noted that “Zeynep has certainly made her mark in the Toronto music community quickly. When she's not working with some of the city's best musicians, you can find her in clubs supporting other artists. And they say cloning is illegal. Pity.”